Apple usually keeps its products secret until they're ready to sell, but June 22 is an exception.

The company's CEO Tim Cook said that Apple will produce new Mac computers with a breakthrough feature later this year. The product mentioned is the first Mac after 15 years without a processor designed and manufactured by Intel, the US chip technology giant. Replacing Intel is a chip developed and manufactured by Apple itself. 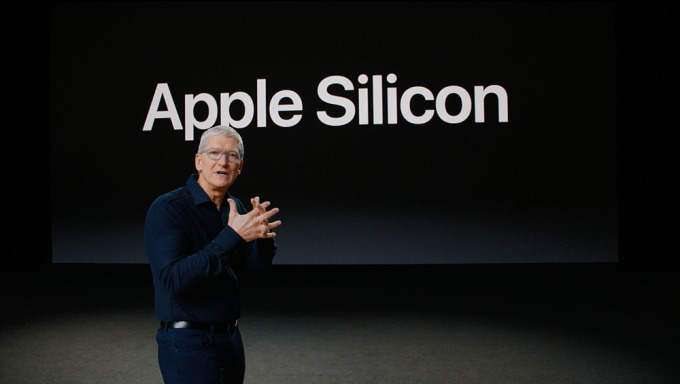 Tim Cook announced the move to Apple Silicon in Mac computers at the WWDC event on June 22. Photo: Telegraph.

This decision is a big victory for ARM, the company designed the processor from Cambridge (UK). The company's underlying technology will be used to build Apple's chips for MacBooks.

Consumers can imagine how much work will be done when Apple makes this switch. Thousands of software developers will have to adapt, rewrite code to adjust to the transition. For its part, Apple has to invest millions of dollars in its own silicon chips.

Why should Apple try to change that?

The fact that Apple had to rely on Intel made the company feel uncomfortable. Intel's chip helped make Microsoft a major competitor in the 1990s. When Steve Jobs returned to Apple in 1997, he approved a series of satirical advertisements aimed at Intel and compared the disadvantages of devices. Intel's design with PowerPC chips from Mac developed by IBM.

For example, in an ad, Apple uses a car dipped through an Intel computer, demonstrating how Apple "crushes competitors." In another ad, an Intel technician needed to fire after being "smoked" by a Mac computer using an IBM PowerPC chip.

In 2005, the cooperation between IBM and Apple ended. Jobs announced that he switched to using an Intel chip, but the company was influential enough to demand that the "Intel Inside" stickers do not appear on the Mac. But that same year, Intel turned down an offer to develop chips for the iPhone because it failed to see the potential of the smartphone market.

Apple had to order processors using the chip architecture at ARM and Samsung manufacturing. In 2008, a year after the iPhone launched, it bought semiconductor company PA Semi, started the self-development journey and reached the final destination, the last announcement.

Since the iPhone launched in 2007, Apple has gradually become one of the most advanced semiconductor companies in the world. The company's products mainly use components designed by themselves instead of Intel available components. The company prides itself that the iPad is on par with handheld game consoles. Analysts compare iPhones to desktops when it comes to processing power.

Currently, MacBook laptops and Apple's iMac desktops are the only two products that have to rely on computer processors designed by another company. Changing this will boost the advantage for Mac computers. Apple Vice President Johny Srouji said the new Mac computers will deliver the highest performance, with the lowest power consumption. However, technology experts are still disappointed by the lack of statistical evidence.

Impressive demos show that resource-hungry software like Photoshop and Tomb Raider run perfectly on new technology. It is important that Apple's own chips cost a lot less than buying from Intel. In short, Apple's new computers will be cheaper, more powerful, have longer battery life and have a higher profit margin. Chris Caso, analyst at Raymond James, said he expected Intel to lose $ 4 billion in revenue a year.

Intel was abandoned, although the transition is expected to take several years, and cost a lot of money. Developers will have to rewrite their code to support new designs. In addition, it is not clear how highly rated features such as Microsoft's Windows emulation will work. These features are inherently advantage of Intel chips. 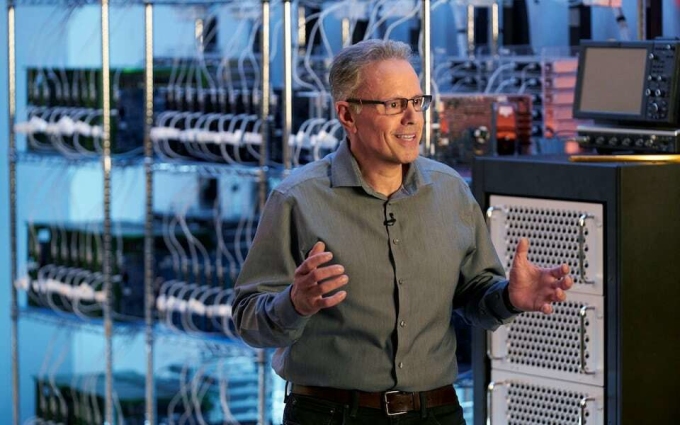 Apple has another goal

Converting a Mac to an ARM-based chip will not only distinguish them from most Windows machines, but also bring Apple computers closer to the platform technology for mobile devices.

Apple revealed that the immediate benefit of the switch is that Macs will be able to run millions of apps for iPhone and iPad. At the same time, the new Mac operating system (MacOS Big Sur) is redesigned to look and feel more like the iPhone iOS, blurring the boundaries between Apple devices in terms of experience and technology.

Unifying iPhones, iPads and Macs is at the heart of Apple's strategy, taking the center of digital life with services, such as the Siri voice assistant, health dashboard, music and streaming services. Figure. It could boost Mac sales, which currently account for 6.9% of PC sales in the first quarter of this year. Meanwhile, iPhones accounted for 13.7% of smartphone sales, according to Gartner. Mac sales have been stalled for years due to the unreliable keyboard problem, which has only recently been repaired.

It is important that Apple can strengthen control of Mac computers. These are the only Apple devices that allow software to be installed without going through the Apple App Store, where the company makes a huge profit from app sales.

Geoff Blaber, an analyst at CCS Insight, said this is a great advantage in ensuring the continued development of the Mac, like the current iPhone has become a tool to generate huge revenue and profits. There have been other businesses built thanks to that. Over time, this will strengthen the advantage of the Apple ecosystem.

Apple's Mac computers are often regarded as secondary products compared to iPhones. By putting Mac on par with his younger brother, Tim Cook hopes to renew it.