The EHang flying taxi will carry bulky goods to the people's homes after being licensed to test the service.

The driverless model of the EHang technology company in Guangzhou province is equipped with 16 thrusters that can carry 150kg of cargo per flight and transport it to remote mountainous areas. The company says its large drone is the world's first electrically powered passenger autopilot. 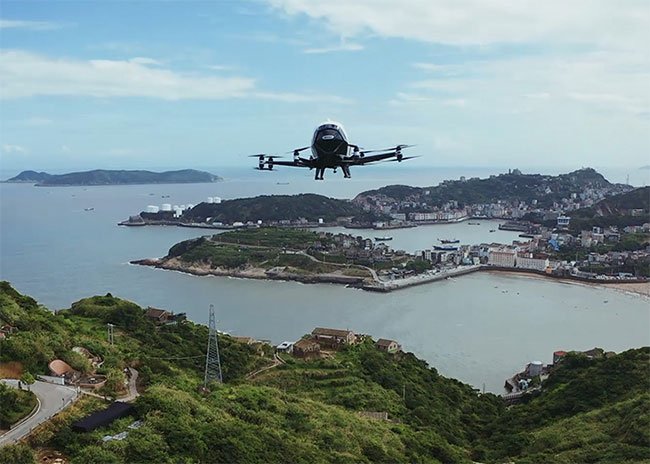 With a speed of up to 145km / h, the flying taxi can carry cargo between the plains and hills.

EHang announced on May 27 that it had obtained a permit from the China Civil Aviation Administration to use cargo drones. With a speed of up to 145 km / h, the flying taxi can carry cargo between the plains and hills or between the mainland and the islands in Thai Chau city during the test.

EHang Company shared video recording of EHang 216 flying taxi model across the sea and mountains together. The first test aircraft in Europe in April 2019. EHang 216 can carry two passengers at the same time.

In May 2020, EHang signed an agreement with LN Garden Hotel in Guangzhou to provide services to travelers in the near future. Currently, China has not licensed passenger drones. But obtaining a freight permit is considered an important step forward for EHang.